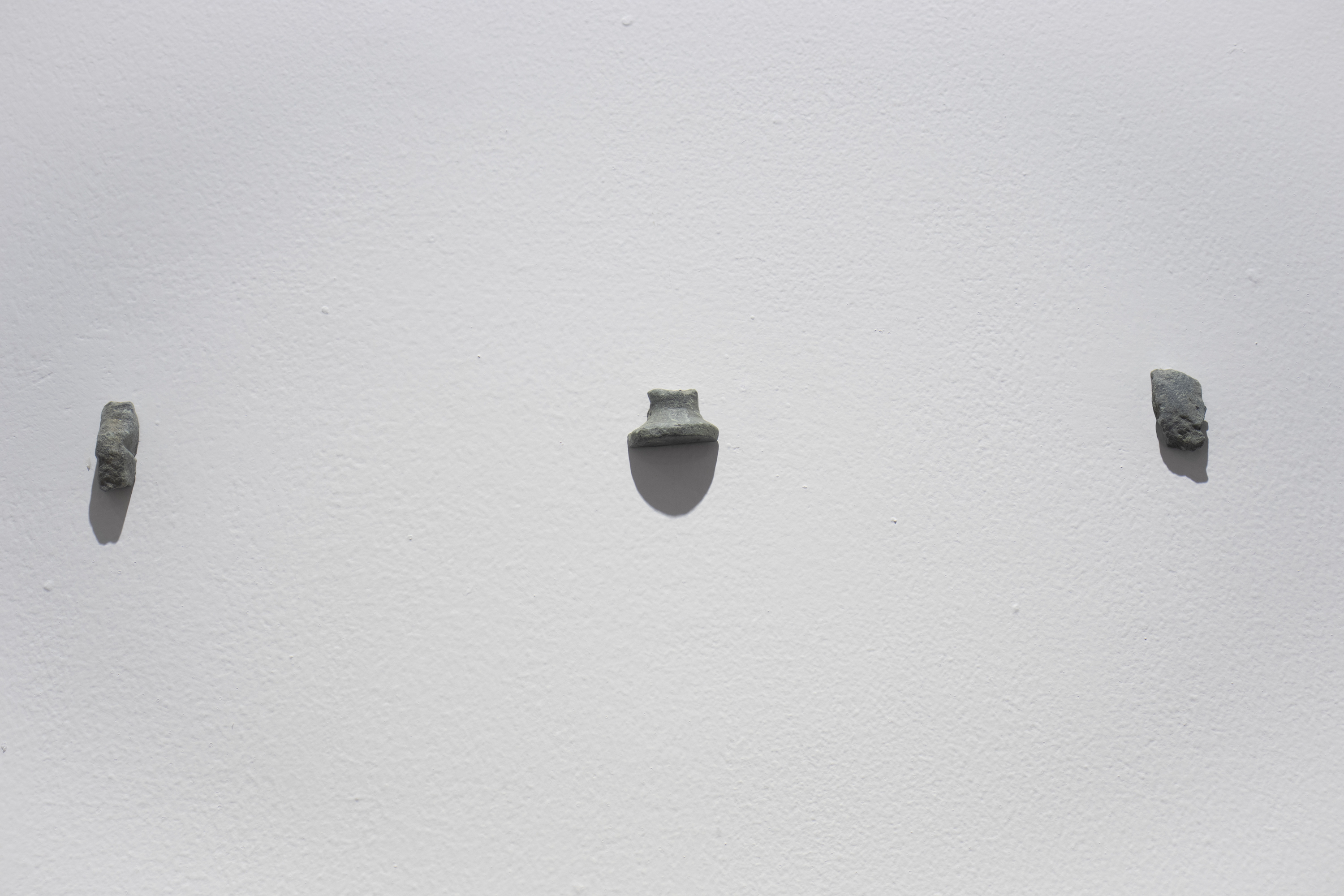 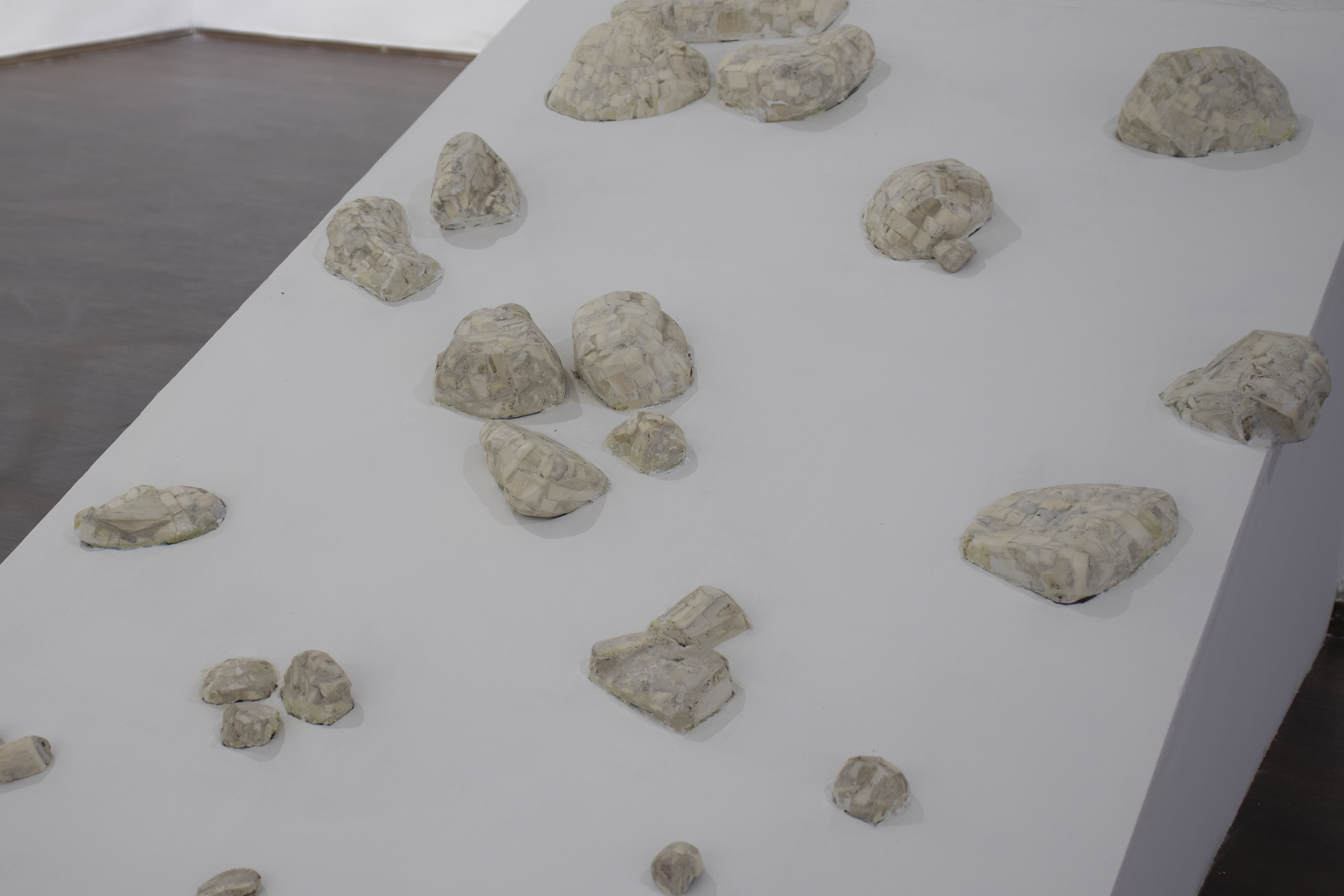 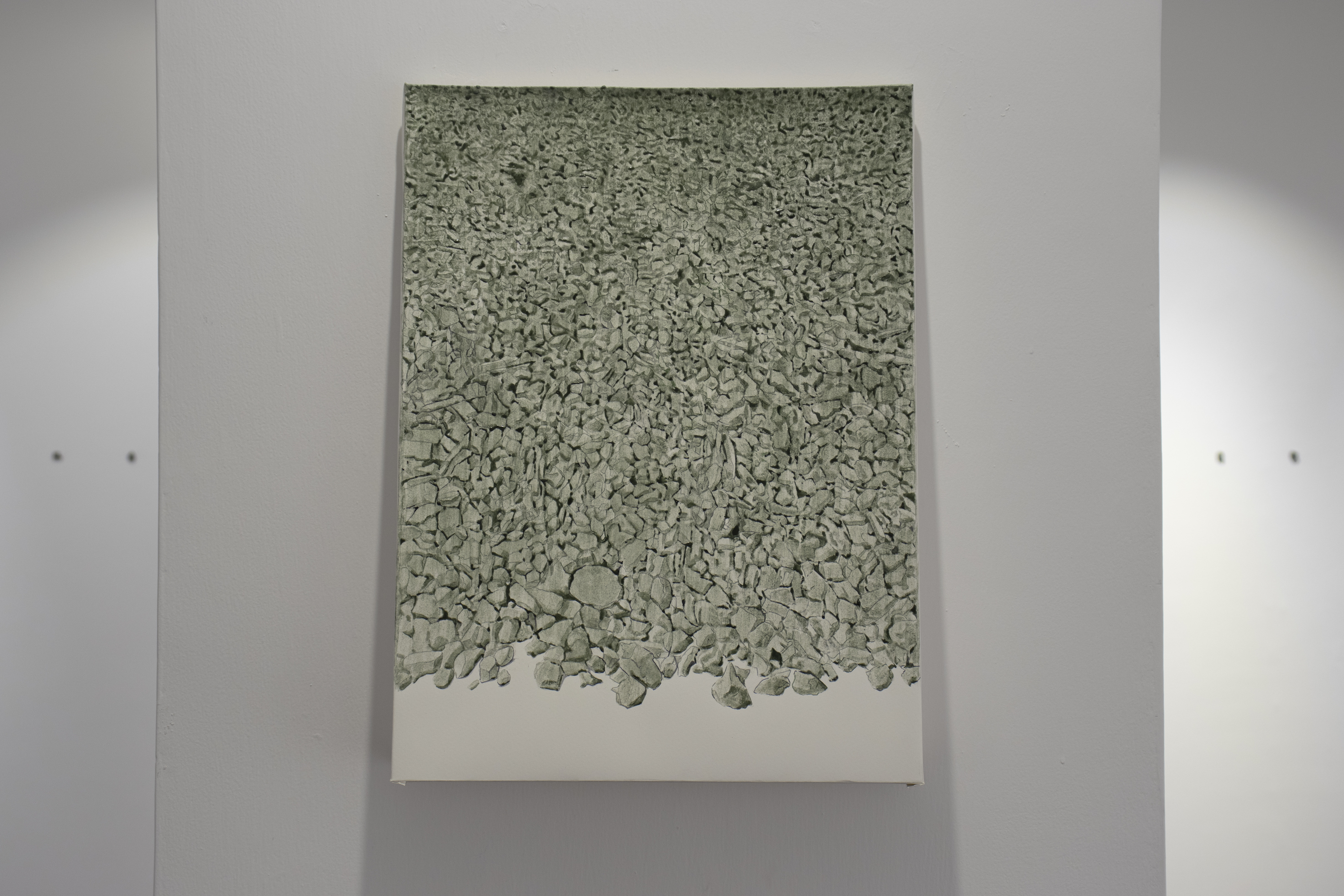 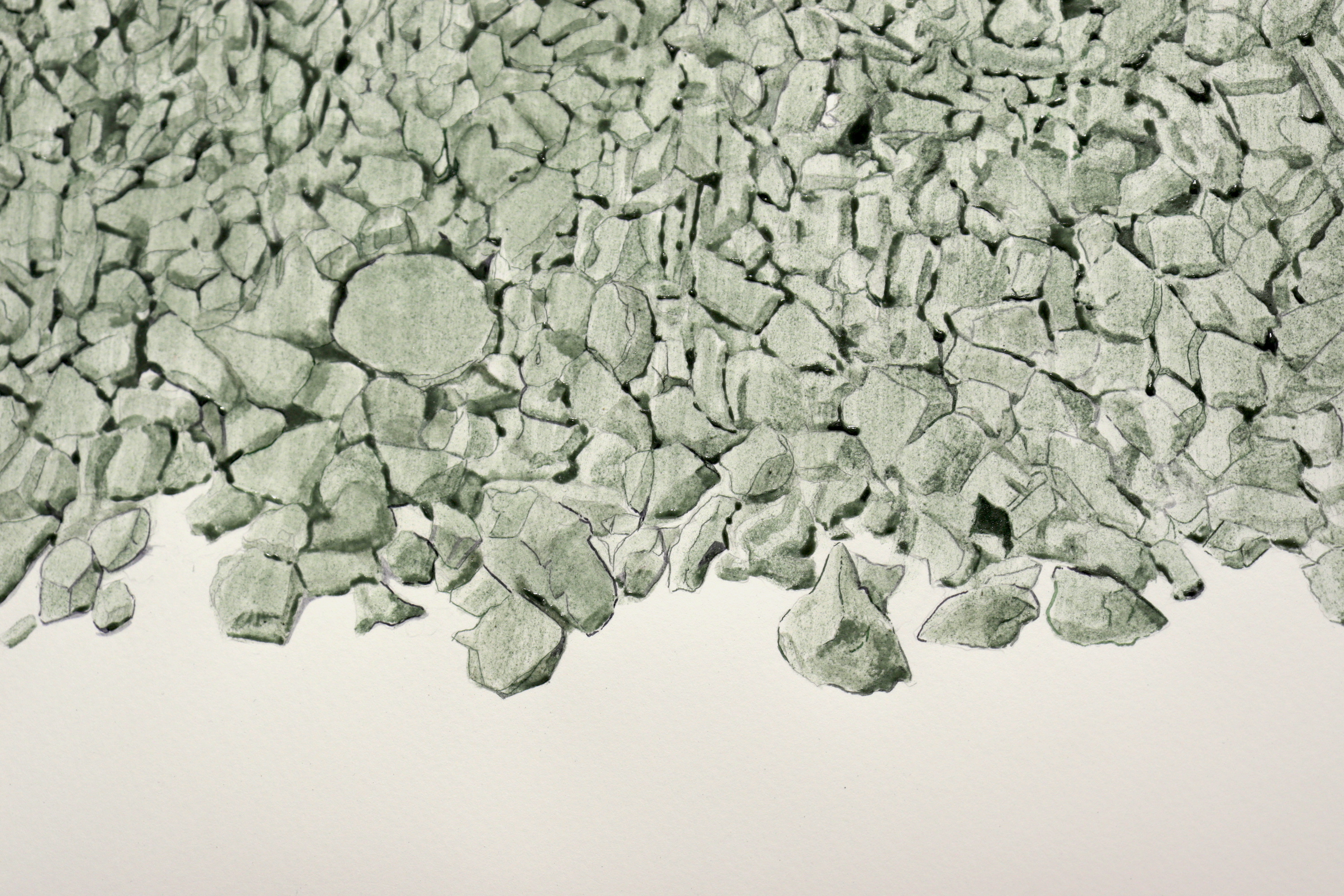 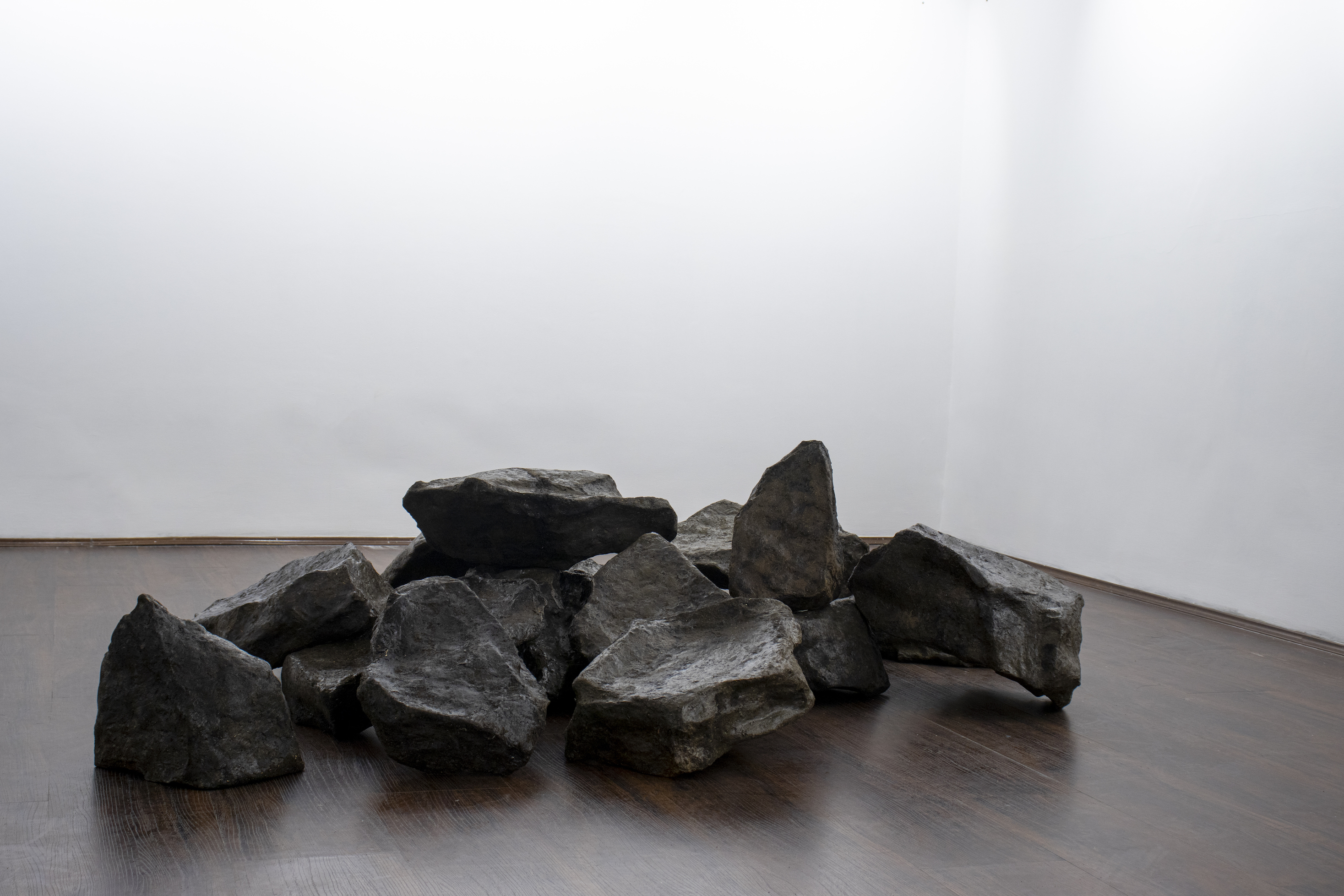 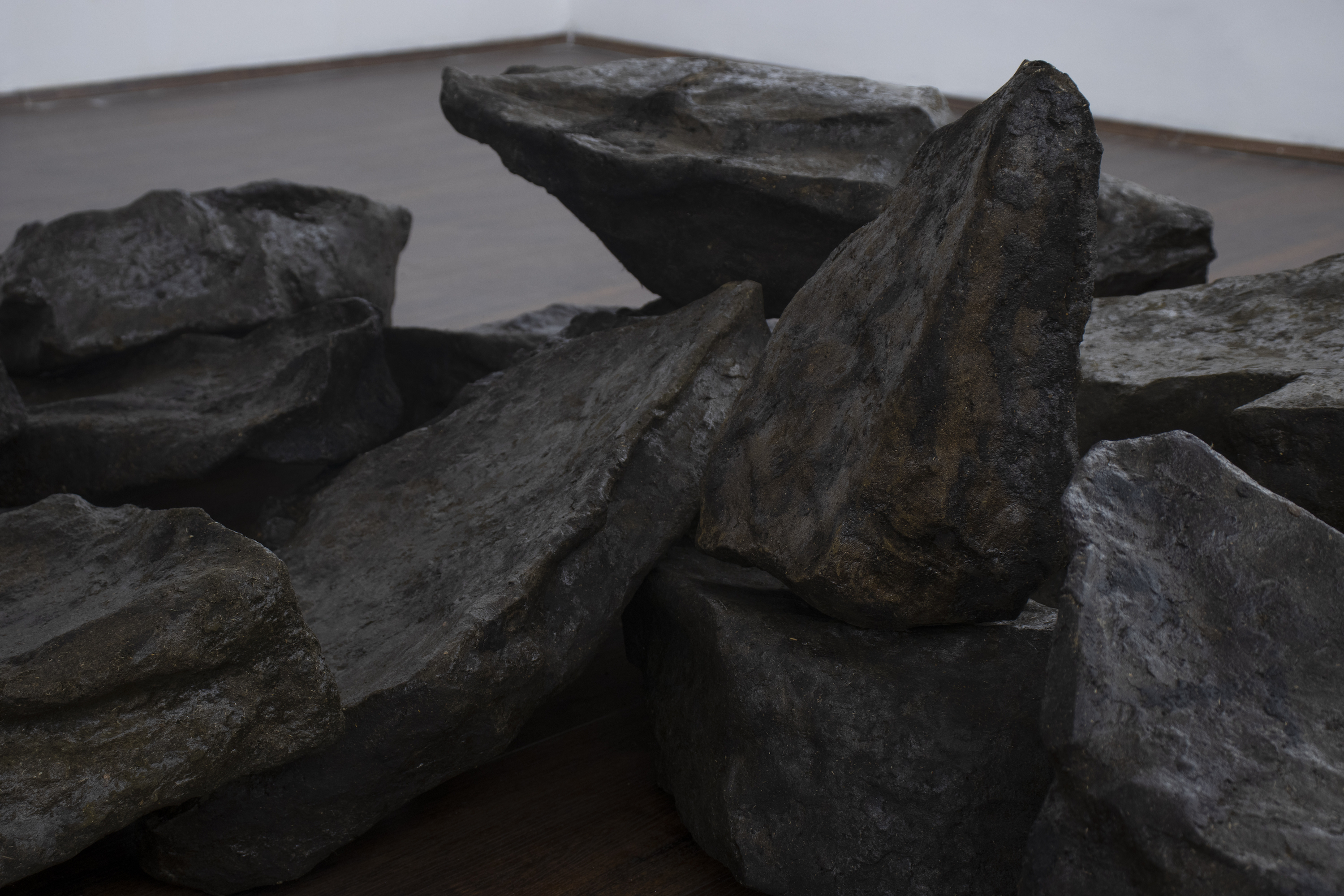 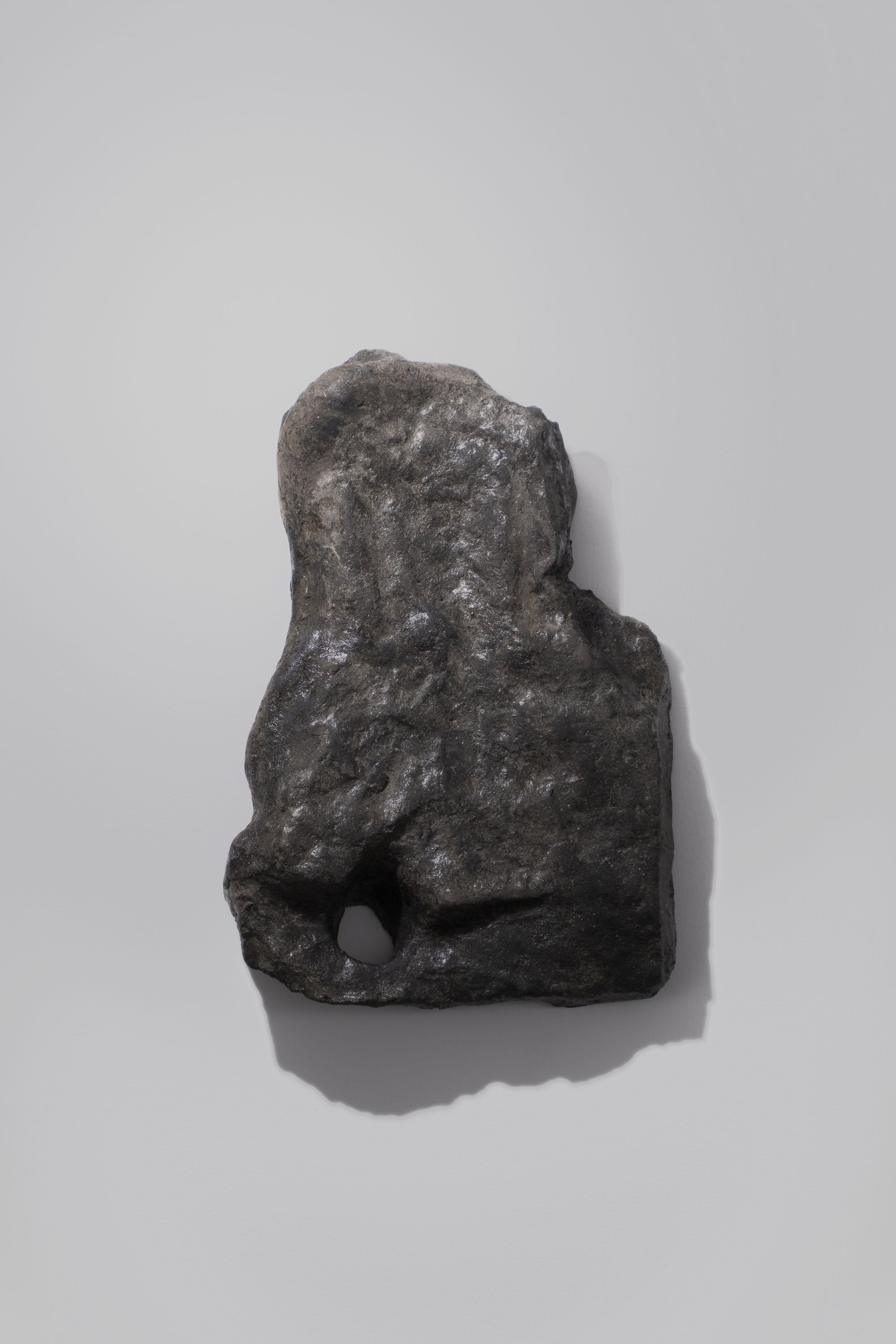 The southern Aravalli ranges are a landscape in fragments. Hills, now shattered in pieces, sit in heaps lined in rows. Rock, a non-monolith, exists in multiples- its body distributed not in parts but in particles. Emerging from this reality, the exhibition asks, “How does one relate to rock when it is disintegrating and not massive and awe inspiring?” The works in the show muddle ontological barriers that separate image from matter, living from the non-living, and human from the non-human. In this entangled space you exist with rock and not besides it.

“In the graven image of anything it may be thought of not as introduced by the artist but as latent in the medium because of the appetite for form that matter has; for example, "when the artist makes a statue out of wood or stone he does not put the image in the wood, he chips away the wood which hides the form. He gives the wood nothing, he takes it away: carves it out where it is too thick, pares off overlay, and then there appears what was hidden" - an analogy of how God's image is ever present in the ground of the soul, but concealed by veils and hindrances.”

So says Coomaraswamy in Transformation of Nature in Art. Reading this, questions proceed- if at the base of reality is the image of God, then, is matter that hides this image unreal- an illusion? Is this matter passive, awaiting to be acted upon? What happens when we look at everything removed to find that image? Or when the image made in stone itself gets damaged?

In Encountering the Art-thing, Jane Bennett discusses the nature of the (art)object demoted in status because of being damaged. A subject of human judgment, a demoted object is one considered “wanting or defective in relation to a normative standard.” Such an object, per her, becomes a “thing”, which “paradoxically rises to a new status – that of a more active party in encounters. It becomes a body among bodies with the capacity to affect and be affected. And we now become more sensitive to real forces that previously operated below the threshold of reflective attention.”

In this horizontal ontology, the “hierarchy of being” that separates things from persons dissolves. Material affinities between bodies surface as one finds the hint of the animate in the non-living and of the non-living in the animate. An uncanny feeling floats in encounter with “an aspect of oneself - a non - or not-quite-human aspect that is nevertheless intrinsic to one’s flesh and blood and bones - also present in the body of another” (Bennett in Vibrant Matter). In states of ontological multiplicity where one is simultaneously living/non-living, human/non-human, the vibrancy of matter (Bennett’s term) emerges for the judgments that deem it dead and inert are suspended.